The symbolism of the 13 folds of the U.S. Flag 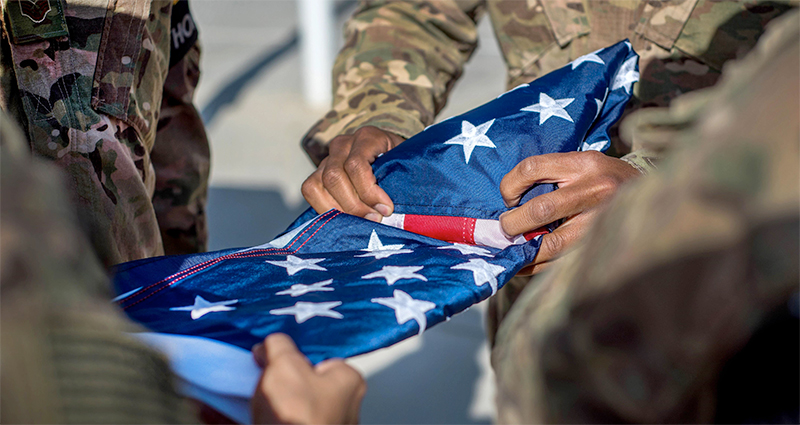 If you’ve attended a funeral honoring a veteran who served our country, perhaps you witnessed the folding of the flag that once covered the casket of a loved one. Each of the 13 folds of the flag holds great significance.

At the ceremony of retreat, a daily observance at bases during which all personnel pay respect to the flag, “the flag is lowered, folded in a triangle fold and kept under watch throughout the night as a tribute to our nation’s honored dead. The next morning, it is brought out and, at the ceremony of reveille, run aloft as a symbol of our belief in the resurrection of the body.”