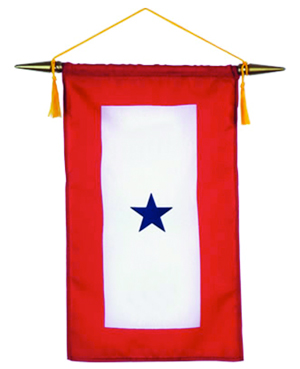 The American Legion Auxiliary Department of New York 7th District Juniors, in the spirit of ALA’s patriotic roots, made Blue Star Banners for the department’s ALA Empire Girls State Committee to present to citizens who have family members serving in the military.

The blue star represents one family member serving, and a banner can have up to five stars, according to The American Legion, which helped reintroduce the Blue Star Banner to Americans following the Sept. 11 terrorist attacks by providing banners to military families across the nation. If the individual is killed in action or dies, a smaller gold star is placed over it. Gold stars are placed above the blue stars or to the top right of the flag, in the event a flag represents multiple servicemembers.

The ALA Juniors in New York also made Gold Star Banners for families of those who had given their lives for their country. 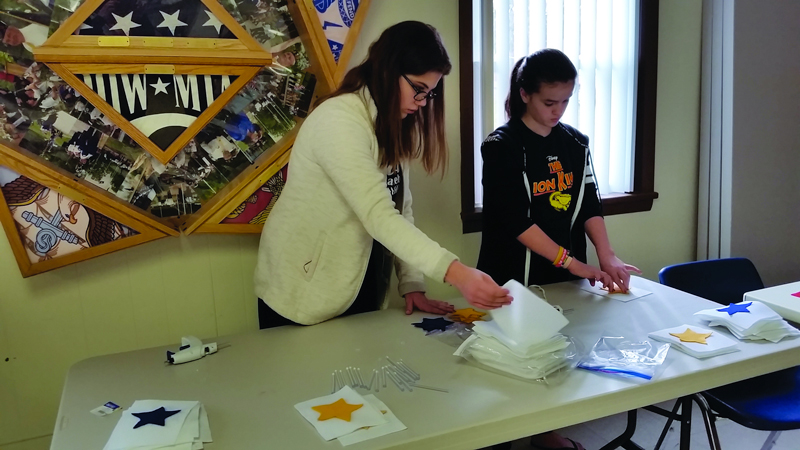 1) Fold the long side of the red felt down and glue it to make a pocket for the dowel to slide through (approximately 1 inch).

2) Center the white felt on the red; glue.

3) Place star(s) in the center of the white felt.

4) Place the dowel through the opening created in the beginning, and tie cord to each end.

5) Add a little glue so the cord doesn’t fall off the dowel.

This was originally published in the August Auxiliary magazine.