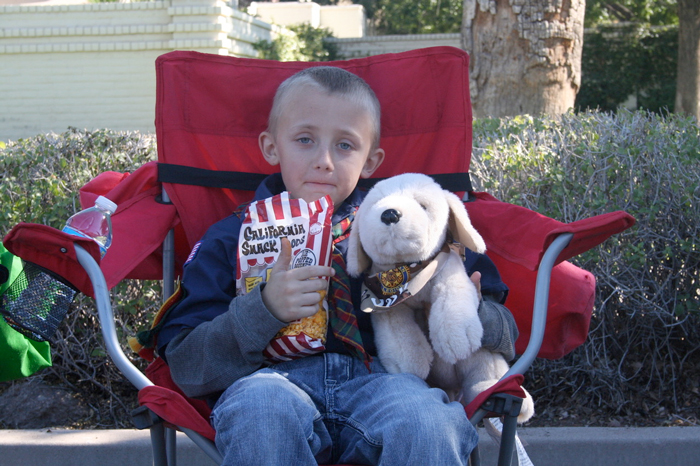 When moms and dads leave on deployment, it can be difficult for their children to adjust. It can be particularly challenging for younger children. Statistics show that 42 percent of the children of active-duty servicemembers are 5 years old or younger.

“I’m a firm believer that when a servicemember deploys, their whole family serves at the same time,” he said.

As a result, Frain started an initiative about five years ago to create The GI Josh Project. “As a parent, I know how it is when you call younger kids and ask them what are they doing,” he said. “They really don’t talk. You ask them, ‘What are you doing?’ and they’ll reply, ‘nothing.’” Parents know it’s “something.”

With a $49,500 grant from The American Legion’s Child Welfare Foundation and the support of Josh and Friends, Frain was able to create the book “I’ll Be OK.” It accompanies the stuffed dog, which comes in a box that bears all four emblems of The American Legion Family. 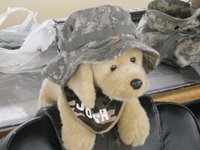 GI Josh gives both children and their parents a way to connect while they’re separated. During those long-distance phone calls, it also gives them a mutual buddy to talk about. Military families genuinely appreciate them. “I had to stop handing them out myself after a while,” he said. “After giving my spiel about the dogs, the military moms would start bawling and I would start bawling. It’s really making a connection.”

GI Josh Dogs can be purchased at www.JoshandFriends.com.

Look for more posts throughout April celebrating Month of the Military Child.