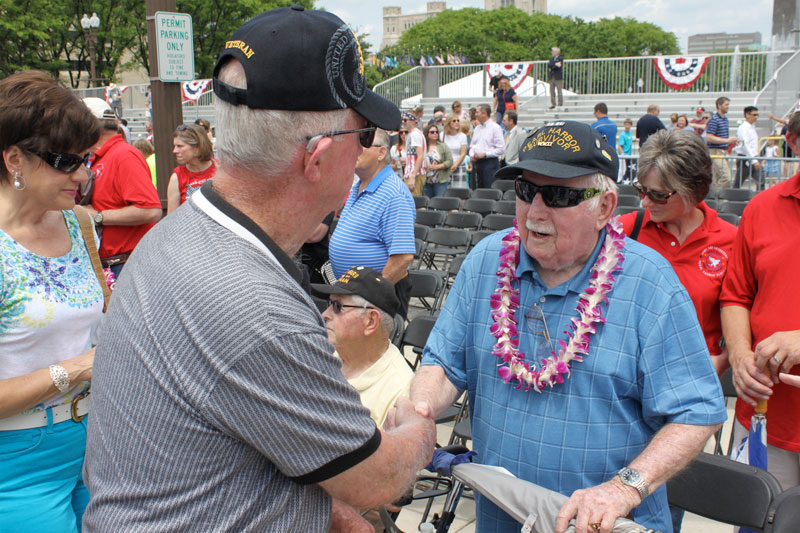 Today marks the 75th anniversary of the devastating attack on Pearl Harbor and six other military bases on the Hawaiian island of Oahu. On Dec. 7, 1941, Japan attacked the United States, killing more than 2,000 American servicemembers. The attack precipitated the United States entering World War II.

Seventy-five years later, most of the men and women who served that day are gone, but their legacy remains. The American Legion Family continues to be devoted to honoring servicemembers, veterans, and their families.

American Legion National Commander Charles E. Schmidt often encourages Legionnaires to “carry the legacy forward.” The resilience and valor of the men and women at Pearl Harbor is a legacy that benefited not just The American Legion Family but the entire free world.

Pearl Harbor Remembrance Day is a time to commemorate those who endured incredible sacrifices and honor them.

Here are some of the ways that is being done: