Save the date: National Poppy Day is the Friday before Memorial Day 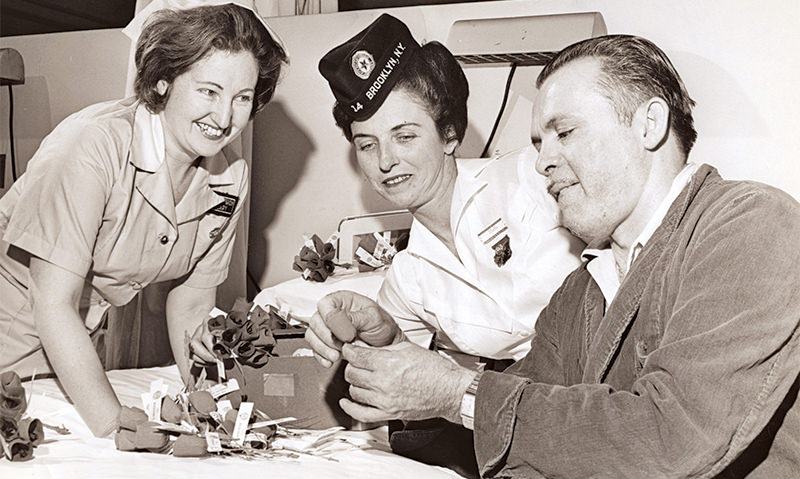 National Poppy Day honors all U.S. servicemembers, from the battlefields of France in World War I a century ago to today’s global war on terror. After WWI, the poppy flourished in Europe and quickly became a symbol of the sacrifices made by Americans and allied servicemembers around the world. Soldiers returning from WWI brought home the flowers in memory of the barren landscape transformed by the sudden growth of wild red poppies among the newly dug graves—unforgettably described in a memorial poem by Canadian Lt. Col. John McCrae:

If ye break faith with us who die

We shall not sleep, though poppies grow

National Poppy Day broadens a tradition that dates back to the American Legion Auxiliary’s first National Convention in the early 1920s when the red poppy was adopted as The American Legion Family’s memorial flower. Today, it remains an iconic symbol of honor for the sacrifice of our veterans. ALA members distribute millions of poppies annually across the country in exchange for donations that go directly to assist disabled and hospitalized veterans in our communities. They raise more than $5-6 million annually to provide support for veterans.

By wearing poppies on National Poppy Day, we’ll not ony honor every servicemember who died in the name of liberty, freedom, and democracy, but provide an opportunity to support veterans for generations to come. For more information and resources about National Poppy Day click here. You can also read more about the poppy on our blog.