The poppy: An ALA member’s tribute to a WWII veteran 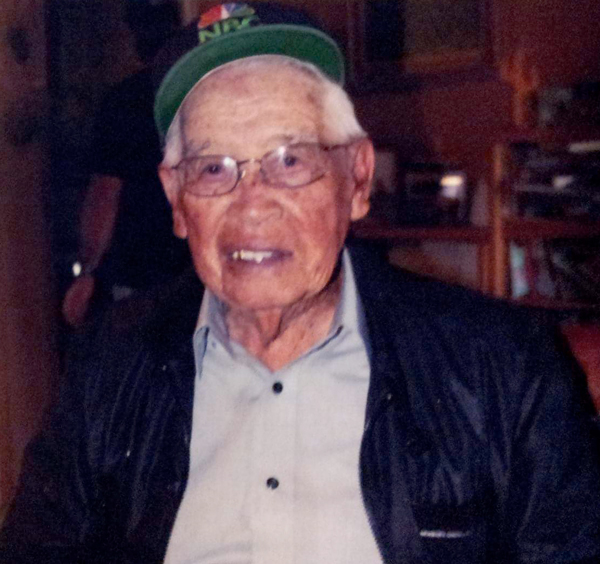 I would like to share with all of you my story about why the American Legion Auxiliary’s Poppy Program is dear to my heart.

This is Pedro (Pete) Martinez, known to many as “Poppy,” “Daddy,” “Papa.” To me, he was Poppy. I met Pete and his family 25 years ago when I moved to Colorado. I became part of his family right away.

Pete loved to tell his stories about his service in the Army. You see, Pete served during World War II. He enlisted in the U.S. Army and served in the European Theatre. He was a member of the 90th Infantry that stormed the beaches of Normandy on D-Day, landing at Utah Beach. Pete tells his story about fighting through the bloody hedgerows of France, making their way eastward, pushing the German Army back into their homeland. 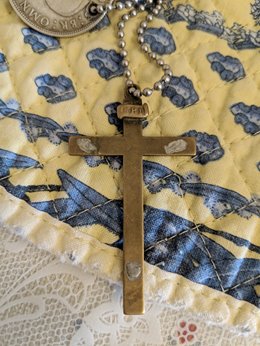 Pete suffered wounds from the Battle of the Bulge. I was told that his dog tags, the coins in his pocket, and the cross around his neck were hit and saved his life. He would say that Jesus literally saved his life, due to the crucifix he was wearing was hit, and the figure of Jesus was no longer there.

He suffered from frostbitten hands and feet three different times. After a breakthrough from the Siegfried Line, Pete’s company marched toward Prague. Here, they were getting prepared to meet parts of the German forces. It was also here, just outside the city, where he learned the war was over and Germany had surrendered.

Pete served as a guard for the Monuments Men. These men discovered the artwork, cultural artifacts, and gold bullion Adolf Hitler had stashed away. Pete said they came in by trucks at the salt mine and copper mine, and they took out loads of stuff.

Pete received the Purple Heart with cluster for being wounded and the Bronze Star with cluster, as well as several campaign medals and honors.

“As a squad leader, it was my duty to lead my men against the Germans and push forward until their job was done,” Pete said. “It was a horrible, brutal, bloody war, and I watched many good men on both sides lay down their lives for their beliefs.”

I’ve honored Pete several times as a member of the American Legion Auxiliary. In 2017, American Legion member Richard Nagley and I submitted Pete’s name to receive the French Medal of Honor. I was able to tell Pete about this, and he was so gratefully appreciative. He never wanted to be honored like this; he always would say it was his honor to serve his country. Pete loved everyone he met.

Poppy Pete passed away at the age of 100. Shortly after his death, he received the French Medal of Honor, which was presented to his wife Ernestine and family.

Pete also was a longtime member of The American Legion. To know and be a part of Pete’s family and his life will always be an honor for me. He is a strong reason why I do what I do for the American Legion Auxiliary. Pete is a true hero who represents the “who” and “why” of the ALA Poppy Program. He was there, he saw it all, and he always wore his poppy with pride. Poppy Pete is my “why.”