ALA Girls State/ALA Girls Nation - Where Are They Now?

Hundreds of ALA Girls State and ALA Girls Nation alumnae answer the call to serve our nation. In honor of Veterans Day, we are going to take a closer look at past alumnae who have served, are serving, or are preparing to serve the United States of America in defense of our freedom.

Snelling, currently attending the United States Military Academy at West Point, chose a career in the military because she “loves everything it represents.” She added that “the values and lessons I’ve learned during my short time at West Point have made me a better person and leader.” Snelling said ALA Girls Nation helped her realize the importance of communicating with others. “ALA Girls Nation taught me that it doesn’t matter if you agree; it matters that you understand,” she said.

Gray is currently stationed in Nebraska where she is a medical laboratory technician for the U.S. Air Force. Although she always wanted to be an Airman, she joined the military to get job experience and serve her country. When asked about ALA Girls State, Gray said, “The most lasting impression for me was the panels of people in different career fields that come and speak to us. It was a way to understand a little bit about different jobs, and I could sort through and figure out which would suit me as a career and which wouldn’t.” 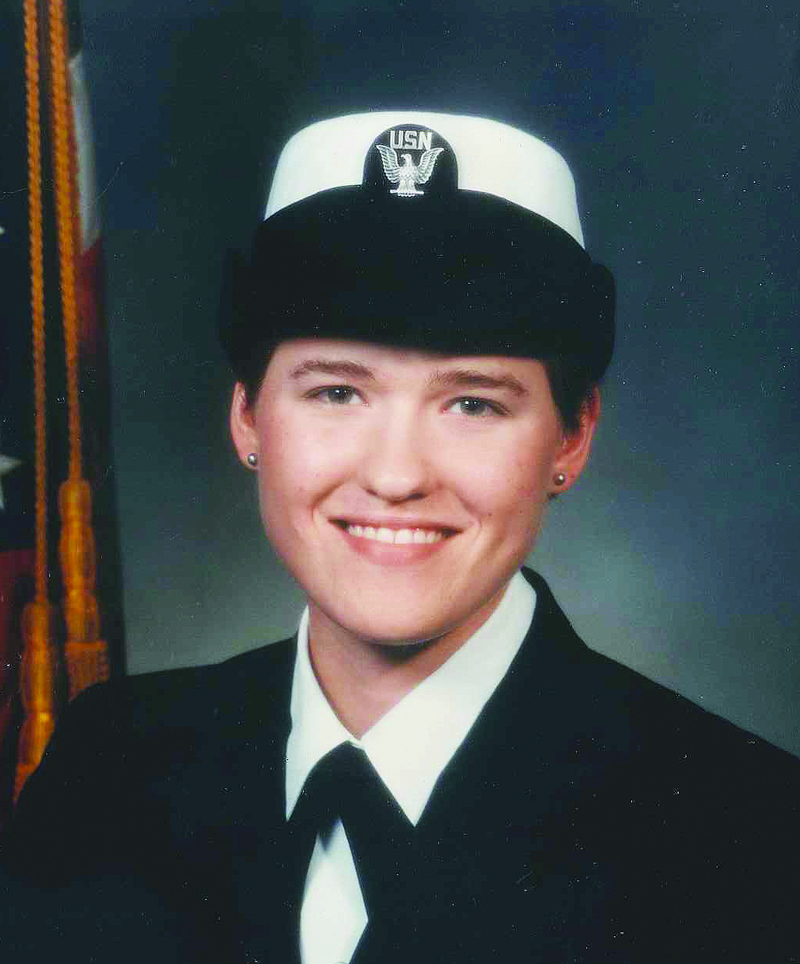 Hill learned about military service by watching her dad, who served in the U.S. Army for over 30 years. Currently a senior at the United States Military Academy at West Point, Hill said she is looking forward to the future. “I get to join the greatest team this world has ever seen, I get to lead America’s sons and daughters in the fight toward freedom, and I get to help preserve the American way of life. It is worth it,” she said. An ALA member, Hill said ALA Girls State taught her to be her own advocate and find the voice needed to represent others.

Though Cowley was already enrolled in the U.S. Navy’s Delayed Entry Program when she attended ALA Girls State and ALA Girls Nation, she didn’t fully understand the commitment she had made until she attended ALA Girls Nation. “I walked down the halls of the Pentagon. I touched the hallowed names on the wall of the Vietnam Veterans Memorial. I sang patriotic songs on the steps of our nation’s treasured Washington and Jefferson Memorials and saw tears in the eyes of onlookers,” she said. “I knew then that joining the Navy wasn’t just a way to get an education without paying for it, but a commitment to serve and protect everything our nation stands for.” Cowley has been deployed in support of Operation Iraqi Freedom and Operation Enduring Freedom.

Bonton served five years active duty and four years in the Reserves with the U.S. Marine Corps. Before making the decision to join the military, Bonton was attending college when the economic recession hit, and she lost many of her scholarships. “I was just like, I’ve got to think of something,” she said. Though joining the Marines was that “something,” Bonton said it wasn’t the ultimate reason why she made the commitment. “I joined the Marine Corps to work on myself, and a little bit for education, but mostly to work on myself,” she said. 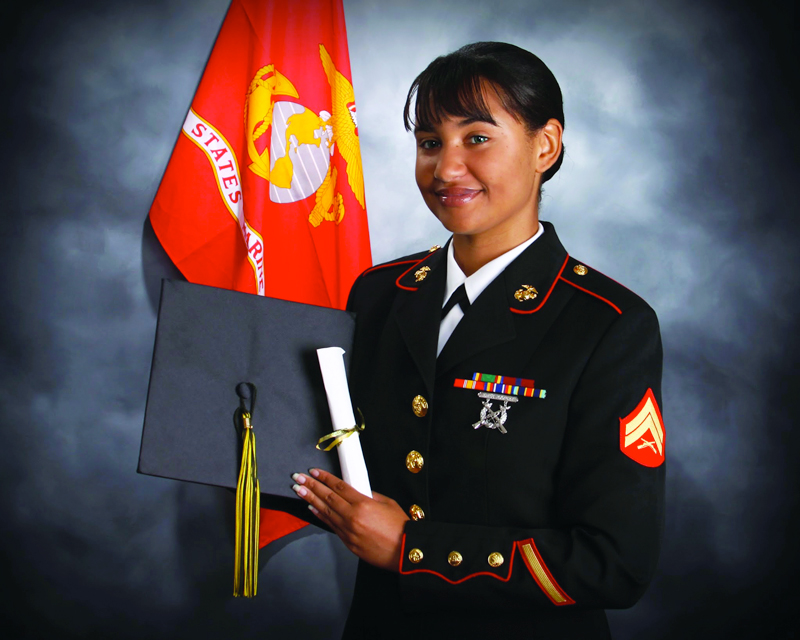 Now, Bonton is a school social worker in San Francisco for an underserved elementary school where she makes sure students’ emotional needs are met. Looking back on ALA Girls State, Bonton said it was “an indescribable opportunity to have … The confidence I learned while I was there and being able to open up to new people – that’s something I don’t think is easily taught in school.”

Upon graduating from Tulane University, Butler went on to serve active duty with the U.S. Navy for eight years. Her military career took her to Pensacola, Fla., Norfolk, Va., and Oxnard, Calif.

Butler, who continues to serve in the Reserves, is now pursuing her master’s degree in marketing. The most notable transition since leaving the military full-time, Butler said, is learning how to support her husband, who is active-duty military. “The biggest difference now is transitioning to the spouse-supporter position when it comes to his career,” she said. “Before, we were peers, and now it’s more supporting him while also creating a new career for me.” 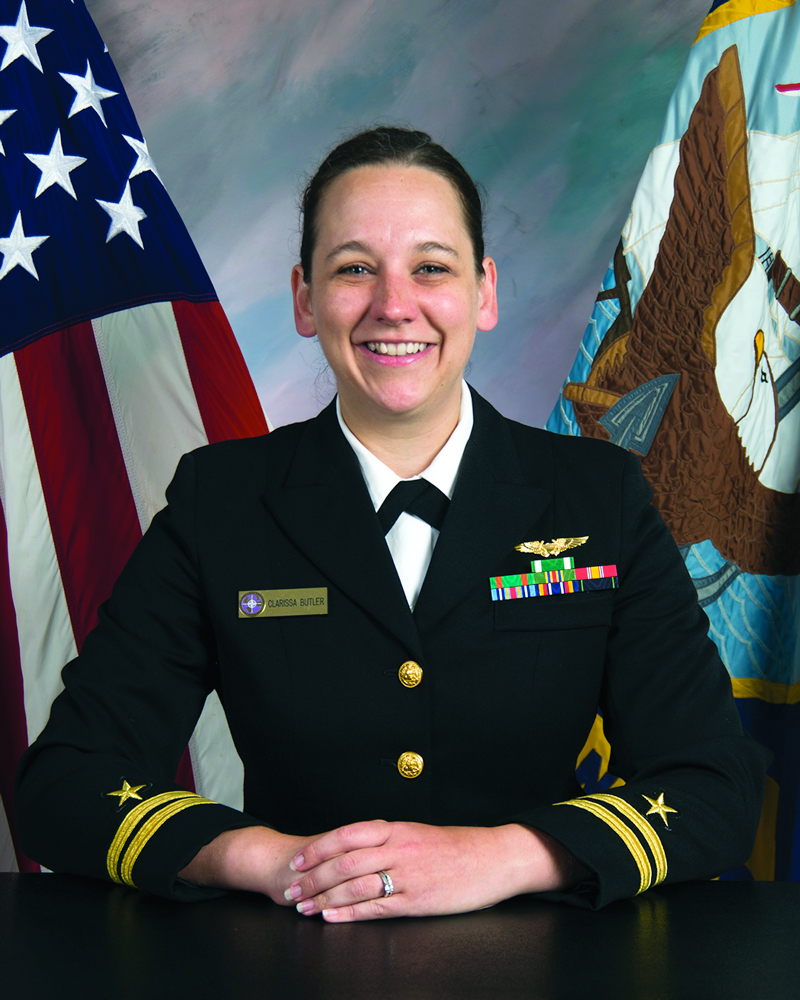 Now an ALA Girls State counselor, Butler commented on how technology has made it easier for participants to keep in touch with each other after the event. “I remember having these very deep and fast friendships with people,” she said. “I really encourage [ALA Girls State participants] to keep each other’s phone numbers because I regret not having a connection with those ladies anymore.”