ALA Girls State/ALA Girls Nation: Where Are They Now? Shirley Ball and Mindy Bower

Since 1937, thousands of young women from across the nation have convened every year for the American Legion Auxiliary Girls State program. For one week, these future leaders are guided through a government-in-action program while learning the values of leadership, teamwork, and civics. Auxiliary magazine recently issued a call for past ALA Girls Staters to let us know what they’ve been up to. 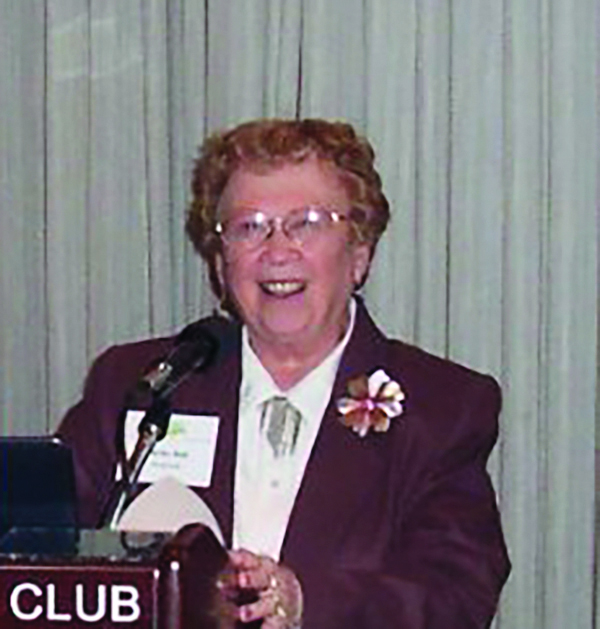 It was offered for high school girls in their junior year. It was a new program; there had only been a few girls before me. When they told me a teacher had selected me, I was tickled of course. Montana’s a big state, and four of us went. I wish I had known more about what we were going to do, but we were discouraged from planning ahead if we were planning to run for office. When I got there, I joined right in and I ran for county commissioner and was elected.

We had good training sessions right away. There were approximately 250 girls. It was a very, very busy week.

I think the procedures for meetings — I learned a lot about it then and have since been in many organizations and have kept up with those rules. I can easily lead meetings and often do. I was active in a women’s farm organization. With them, I made many trips to Washington, D.C. to make changes for the better in agriculture. I think some of that came from the experiences I had growing up, including ALA Girls State. And I did make a difference with agriculture. I was appointed by the Clinton administration to be on the Farm Service Agency.

My local [ALA] unit folded, but I just sent my dues off to the state. It’s a way to support. I hated to give it up. My brother is a veteran and I’ve been helping him. He was in Korea, after the war, for more than a year. I’ve got great-grandsons who look at him with almost hero-like worship.

My husband and father weren’t servicemembers. But I used to go to the parades and someone told me I could join through my brother. I mean, why not join? It’s a small town; we all work together to keep things going. I could join a fundraiser and give the community a boost. I wasn’t as active in other things, so I decided to join because I thought it was something important for our town.

Without community service, there wouldn’t be many communities. If you want your community to thrive, you have to take part in it yourself. Whether you work with kids in Scouts or Sunday school, you have to volunteer. It’s important. 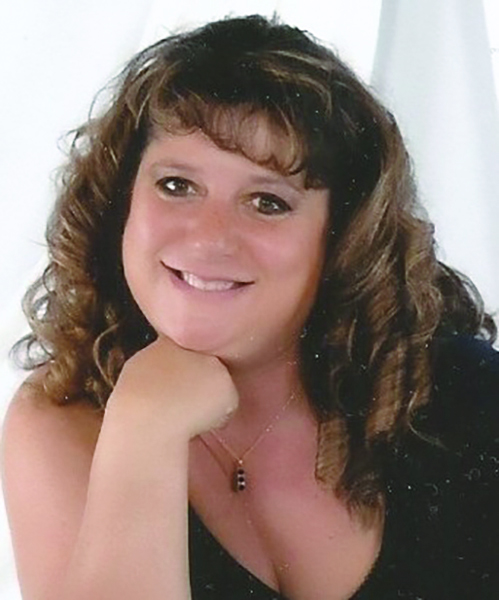 I attended in June of 1986. I was one of the leaders in our class. I was presented with the opportunity to go and I was already looking at Central Michigan University, and that’s where it was held.

I think my view of the experience has changed over the years. The position I ran for and held was city treasurer. I was thinking there were so many bigger roles. It might have just been a state level, but looking back, those local levels are just as important. My first year in college, I went in blind as far as roommates go. They placed me with two other girls who went to ALA Girls State, and one who was an alternate. When I got into college, I took my studies seriously, but got involved in a lot of things. I was in our residence hall assembly, and I led delegations of students to local state and national leadership conferences. If I wouldn’t have gone to ALA Girls State, I wouldn’t have been as outgoing for that kind of thing.

I’m a member of Auxiliary Unit 273. I do a lot of community organizing for our condo community. The biggest thing I’m involved in is that I’m president of our condo community’s social club. For the past two years, we have collected donations for the Wreaths Across America program. We raised $600 last year and $1,000 this year. We have a really large national cemetery near our community — Bay Pines. There are lots of people in our community who know someone who’s buried out there.

I was always patriotic, but wasn’t really into it before I joined ALA Girls State. When I moved to Florida and joined the Auxiliary, all the efforts for the veterans and the recognition they should be getting — I’m much more aware of that. If I hadn’t joined, I wouldn’t be involved in Wreaths Across America. I’m much more aware of the issues affecting our veterans.