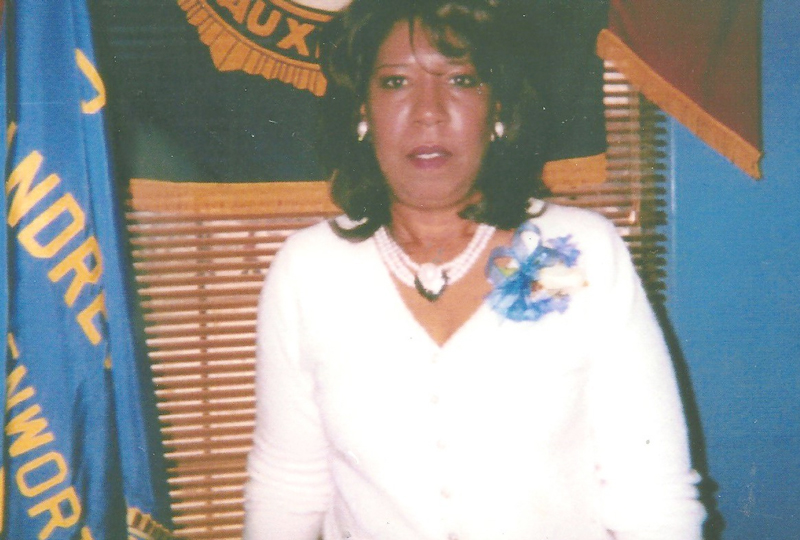 Diana Smith is one of the many dedicated individuals proud to be part of the American Legion Auxiliary — a community of volunteers serving veterans, military, and their families.

“I joined because I like what the American Legion Auxiliary stands for — Service Not Self to our veterans who were selfless in what they did for us. They went out and defended us, keeping us free,” said Smith, a member of ALA Unit 94 in Leavenworth, Kan.

Smith joined the Auxiliary under the military service of her husband, U.S. Air Force veteran James A. Smith Sr. She has 31 continuous years of ALA membership.

In the Spirt of Service Not Self is how Smith volunteers her time and effort to put the ALA’s mission into motion for those we service. 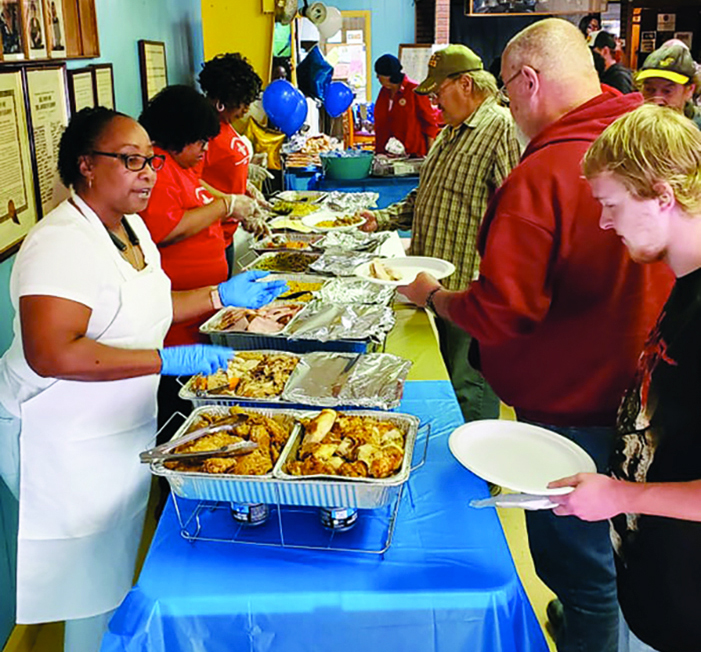 Members of ALA Unit 94 in Leavenworth, Kan., serve food during the unit’s early Thanksgiving Dinner for homeless veterans and others in need.

That day, 55 meals were served to homeless veterans. There were also 15 meals served to veterans who live at a local U.S. Department of Veterans Affairs residential facility. Also treated to a holiday meal during this event were several other homeless individuals who are not veterans. As part of the event, Unit 94 members distributed thank-you bags to the veterans served and others in need. Bags contained winter necessities such as hats, gloves, scarves, socks, and throw blankets.

“We’re here to help veterans. We have a lot of homeless veterans, and homeless people in general, in our community. That [dinner] was really rewarding. We mingled and talked with them. These veterans were also happy just to have someone to talk to,” Smith explained. “Seeing the smile on people’s faces after we help them, the veterans and everybody — that’s where my joy comes from.”

Smith’s other ALA activities include helping to plan the Memorial Day ceremony at the Leavenworth National Cemetery between 1989 and 2017, assisting with the planning and coordination of the Leavenworth County Veterans Day Parade for 20 years, and working with others in her Auxiliary unit as volunteers assisting with the National Veterans Golden Age Games when the event was held in their community years ago.