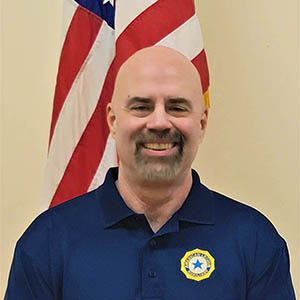 An ALA Stories blog

When U.S. Air Force veteran Jeffrey K. Crouser decides to do something, he doesn’t do it halfway. The American Legion member decided to transfer his membership to Post 3 in Milford, Del., in 2018 to help save the post that was close to turning in its charter due to major membership decreases. The effort was a success. After 18 months, Post 3 membership went from 52 and falling to 99 and climbing.

But that wasn’t enough for Crouser and many of his fellow Legionnaires at Post 3.

Expanding the post to include a unit, squadron, and chapter could not immediately be done because Post 3 didn’t have a home to call its own. Members were given permission to use a location that belonged to another organization. Crouser and his fellow Legionnaires found Post 3 its own space.

“We opened our post home June 1, 2020, and immediately started — with assistance from leaders at ALA Department and Sons Detachment of Delaware — to form our post home’s unit, squadron, and chapter,” Crouser said.

He led a successful effort to get Unit 3 in Milford chartered in October 2020 and Squadron 3 chartered later that month. In addition to being a charter member, Crouser was elected as the unit’s first president later that month. His ALA membership eligibility is through the military service of his wife, Rebecca — an Air Force veteran, Legionnaire, and ALA member.

“I joined the Sons to honor the service of my father, and the Legion through my service. My Auxiliary membership honors my wife’s service. She is a combat vet with three tours in the desert, and I’m so proud of her,” Crouser said.

Honoring the service of his loved ones, and his belief in the ALA’s mission of delivering selfless service to veterans, military, and their families, motivates Crouser to go that extra mile when it comes to the Legion Family. In his mind, it wasn’t enough just to get Unit 3 chartered; the membership needed to grow.

He and others worked hard to exceed Unit 3’s membership goal for the current administrative year. The goal, set by the ALA Department of Delaware, was 35. As of Dec. 31, Unit 3 has 70 members. Of that, 59 are new members and 11 are transfers from other units.

So, what’s the secret to this post home’s success? One thing is to recruit for the entire American Legion Family. If someone signs up for the ALA, Legion, Sons, or Riders, ask questions to see if the new member has a relative who may be eligible to join any part of the Legion Family. Be careful not to pressure or pester the new member about this.

Another successful tactic Crouser points to is a tried-and-true method: Get the word out about our Legion organizations and what we do. Social media and traditional media outlets — newspapers, magazines, local TV news, community newsletters, etc. — are great ways to do that, Crouser said. And sometimes, that means aiming for internal audiences (members) as well as external ones (the general public).

“We have a very active media communications team. We are involved in the social media, email communications with all of our members, email blasts, articles in the paper. These days, most newsprint professionals are begging for content. If you send them some information on a feel-good project, they’ll print it for you free of charge. Best advertising in the world,” Crouser explained.

Even with all of these positive things in motion, Crouser is not finished setting up the Post 3 Legion Family for success. He is already mentoring a potential future leader of Unit 3, sharing his know-how and the basic information essential for effectively running the unit and fulfilling the ALA’s mission of service to veterans, military, and their families.