Nicole Clapp’s life changed when, at 4 years old, she found herself mesmerized by a bright red poppy flower that a friend of hers was handing out in exchange for donations. That little flower was one of the most extraordinary things Clapp had seen and she was fascinated. Her intrigue eventually led to being signed up by her mom as a Junior member of American Legion Auxiliary Ehrig-McTurk Unit 127 in Gladbrook, Iowa. Clapp’s ALA story had just begun.

Forty-four years later, after spending decades working to help fulfill the ALA’s selfless mission of service, Clapp was elected national president of the American Legion Auxiliary — one of the world’s largest organizations dedicated to supporting and honoring American’s veterans, military, and their families. She took over at the helm of this historic organization during the ALA’s 99th National Convention held in Indianapolis in August. 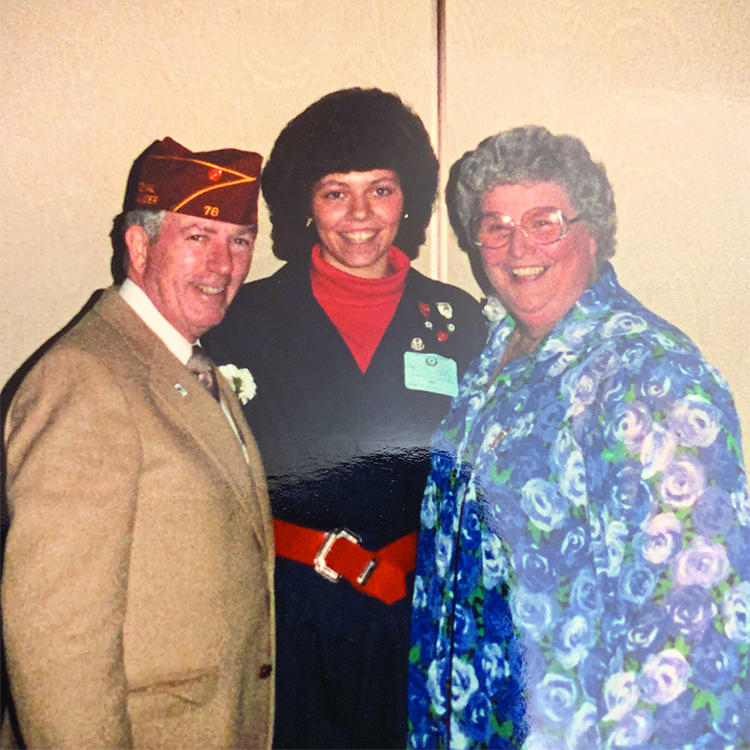 Clapp, a Paid Up For Life member, is ALA’s first national president to have also served the organization as honorary national Junior president. She has held leadership positions at the unit, district, department, and national levels.

“I feel very humbled and honored to represent us in our 100th anniversary year, and to be the first honorary national Junior president to have life come full circle by becoming the national president,” Clapp said.

While she was initially drawn to the ALA because of the red poppy’s beauty, it has been the significance of the poppy — and all that the flower symbolizes — that helped form the foundation of Clapp’s deeply rooted resolve to remain a committed American Legion Auxiliary member through the years.

As she grew up in our storied organization, Clapp came to realize that the poppy’s true beauty is enveloped in the flower’s place as a solemn symbol of sacrifice made by U.S. servicemembers killed in the line of duty. She embraced that symbolism, plus the practice of wearing red poppies to honor those fallen heroes, and to show support for veterans, military, and their families.

All of that resonated with Clapp, who has veterans in her family. Her ALA membership eligibility is under the service of her grandfather, Roger Schroeder, a United States Navy seaman who served in the Central Pacific Theatre during World War II.

The poppy continued to be a part of Clapp’s life. She recalled watching her great-uncle Duff, who lived in an Iowa Veterans Home, make red crepe paper poppies during her visits with him. Part of Clapp’s passion for the ALA and its mission stems from this, she explained.

“I watched Uncle Duff make thousands of poppies each and every day, and Aunt Hilda was a regular fixture, creating ceramic treasures that I still cherish today. But I never asked him to teach me how to make poppies because, at that point and time in our history, only veterans were allowed to make them. So to me, it was sacred. It was something special knowing that my uncle was what was known as a ‘poppy maker,’” Clapp said. 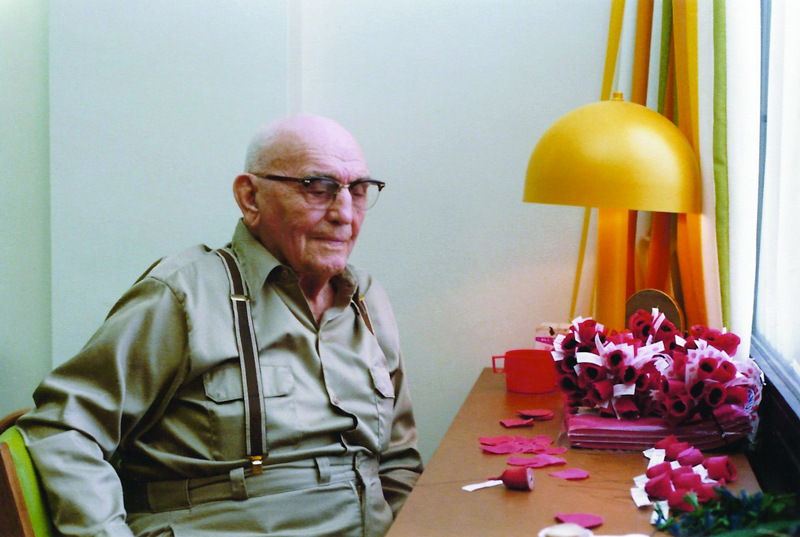 Clapp’s great-uncle Duff with poppies he made.

The iconic red poppy is at the center of Clapp’s presidential focus: “Celebrating a Century of Service.”

In the time between becoming an ALA Junior member at age 4 and ascending to the Auxiliary’s top volunteer leadership role decades later, there have been significant events in Clapp’s life. Some of those events have had lasting effects on her. In a recent interview with Auxiliary magazine, Clapp shared a few of her life-defining moments, more of her ALA story, goals for the organization, some personal philosophies — and her biggest phobia.

Confident and composed. Intelligent and insightful. Poised and purposeful. Decisive and determined. Those are among the many positive adjectives that aptly describe Clapp. She balances all of that with her passion for helping others, love for her family, and her dedication to the ALA’s mission.

She is equally impressive on paper, with a health care career resume that includes nursing, and hospital management and administration. Clapp has been the president and chief executive officer of a hospital. She has briefly put her career on hold to serve as ALA’s national president.

Even while reaching great heights within her career, Clapp remains grounded and never forgets her roots. The only child of Darrell and Jeanne Paustian, Clapp grew up on a farm, just outside of Gladbrook, Iowa. It is within that agricultural setting with her family and community that important principles became deeply ingrained in Clapp’s moral fiber. Work hard. Be honest. Respect your elders. Show common courtesy. Help others. Those are among the values Clapp learned as a child and lives by as an adult.

Perhaps it’s no big surprise that Clapp was able to get through a traumatic family medical emergency, years later transforming her pain and sadness from loss into something positive: becoming a health care professional. 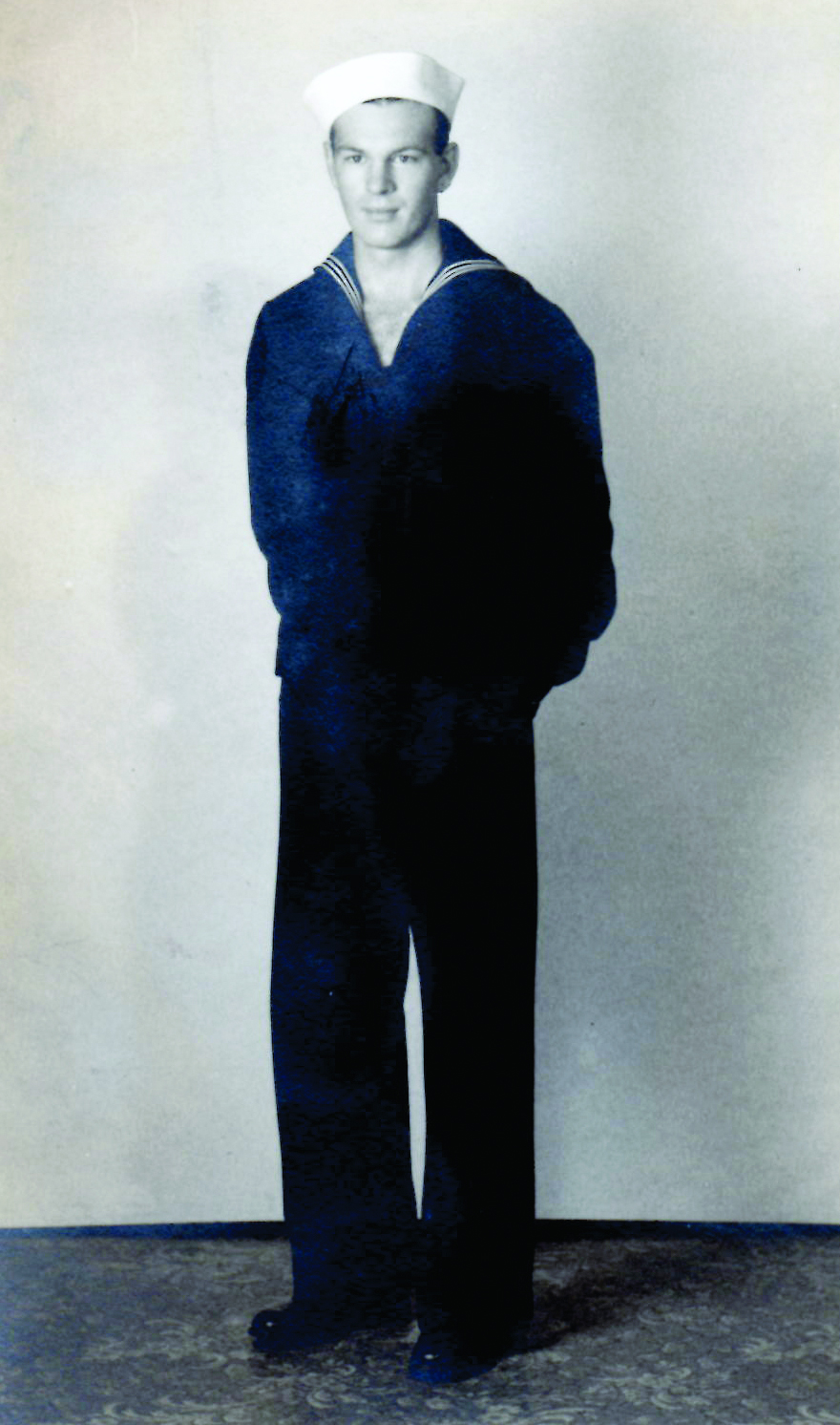 Clapp was just 11 years old when she witnessed the sadly unsuccessful efforts to save her Grandpa Roger, who had suffered a major heart attack in his living room.

“I watched my mom and dad perform CPR on my Grandpa Roger the night he passed away,” Clapp said, explaining that her parents were trained EMTs. “I stayed with my grandma for several weeks after his funeral, because she didn’t want to be alone. I decided I wanted to help people when I grew up. I learned to perform CPR in 4-H, went on the earn the Girl Scout Gold Award by setting up first-aid stations, and teaching CPR and the Heimlich Maneuver, and pursued a career in health care.”

Clapp is clearly courageous. But she is not completely fearless. Like many other people, Clapp has a phobia. Hers is cats. This phobia arose from her childhood.

“Like how people are afraid of heights or spiders, my phobia is cats. I am very calm, cool, and collected 99% of the time … until you get me around a cat. As a kid, my nightmares were always of me getting chased by lions. I had a room full of stuffed animals around my canopy bed. I would roll over if I woke up in the night, and I always saw huge, beady eyes of the stuffed animals,” Clapp said.

“The night my grandpa died, a black cat got into the house and it was in that living room. They had to shoo it out. I was standing in the kitchen calling my uncle on the phone, and I saw it. I know I didn’t imagine it. I saw the other EMT running after it. I’m like, ‘Oh my goodness! On top of everything else, there’s a cat!’ I’m crying; I’m scared to death!” she added.

When it came down to it, Clapp set her fears aside to show comfort and care to her loved ones in the wake of their shared loss.

As an ALA member, Clapp has continued to bring comfort and care to people through the Auxiliary’s outreach efforts. One of her favorite ALA activities is visiting veterans.

“As a Junior member, I enjoyed how I felt each time I went to visit veterans and saw the smiles on their faces. I still have that same feeling while serving our mission,” Clapp said. “For the veterans, the visits offer a sense of appreciation in a basic gesture. To see a young person paying attention to them gives them a sense of hope. They see the future. They see that all of their efforts and sacrifices were not for naught. And they see that the individuals, be it Junior ALA members or others, have an understanding of their sacrifices.”

That mindset, combined with insights she gained from her health care work, were factors in determining the ALA’s special emphasis for this year: the health and well-being of our veterans, military, and their families.

“The Auxiliary’s first national president, Edith Hobart of Ohio, helped lay the groundwork to establish a health care system for veterans. Recognizing my chosen profession of health care — and in particular, being a burn care registered nurse — I saw internal and external wounds and how these wounds take a toll on patients and their family members, as their worlds are turned upside down. That is no different for a veteran. I wanted a special emphasis in which all programs could feel like they can make an impact while, at the same time, be able relate it back to why the ALA was founded: to take care of veterans, military, and their families,” Clapp explained.

Clapp’s reasons for selecting this year’s emphasis ties in to several of the goals she has set for the ALA during her national president term:

Clapp discussed her leadership and decision-making styles: “Leaders have to be forward thinkers and willing to take some risks. I classify myself as a calculated risk-taker. I make a decision, I move forward with it, and I move on. I think part of that comes from my nursing background. You’re scientific; you go on signs and symptoms, make a decision, and you move forward.”

Specifically as the top volunteer leader of the American Legion Auxiliary, Clapp said she will stay connected with the reasons she remains an ALA member; she knows her ALA story does not end with becoming national president. Clapp said she is committed to serving the mission as her ALA story continues.

“I am enjoying every bit of this journey. I enjoy every aspect of it, and I look forward to what ALA members can achieve together,” she added. 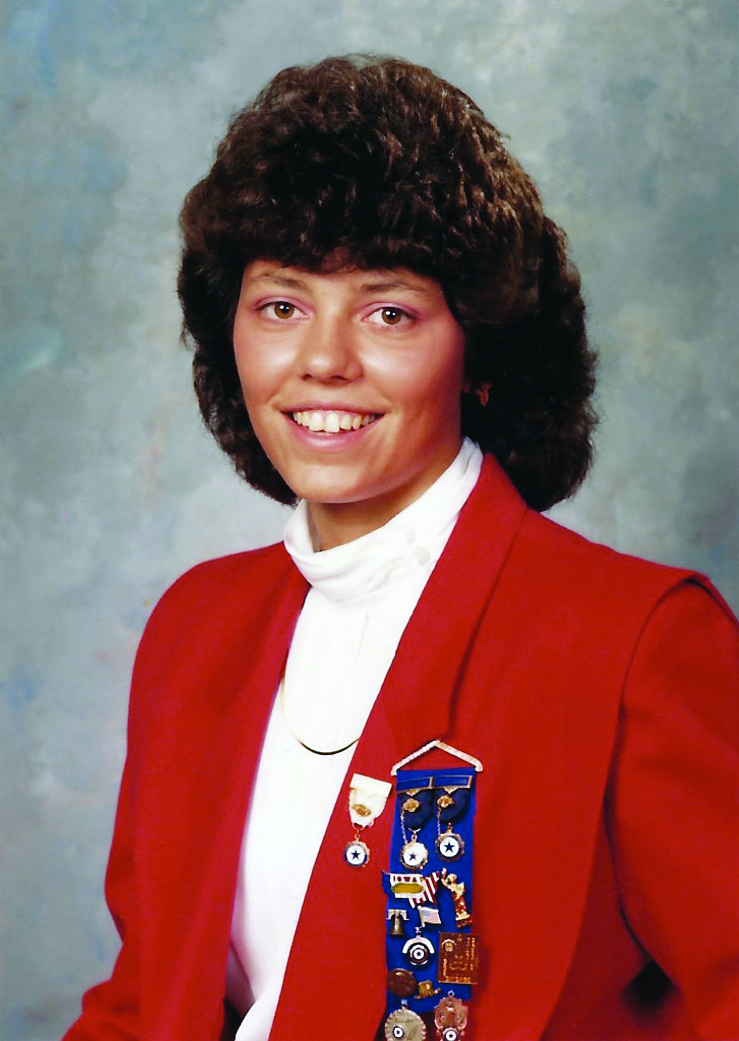 When I was a junior high-school student playing basketball, my mom was very disappointed in how I let the defender get the best of me during one of our games. She told me that if I ever let anyone intimidate me like that individual did, I would never play sports again. I worked harder in practice than I ever had, and from that day forward, I live by the famous saying of President John F. Kennedy: “Things don’t just happen. You have to make them happen.”

This article was first published in the November Auxiliary magazine.