History was made at the American Legion Auxiliary’s 99th National Convention in Indianapolis in August when delegates voted to change the wording in our membership requirements to be reactive to any changes made by The American Legion affecting the Auxiliary.

At The American Legion’s National Convention, happening at the same time as the ALA’s, Legionnaires voted to replace the word “wife” with “spouse” in the organization’s constitution and bylaws section regarding the American Legion Auxiliary’s membership eligibility, opening up the doors for ALA membership to spouses of our female veterans. Currently, 1.9 million women veterans are living in the United States, and 9% of the U.S. military is female. By 2045, it’s estimated that 18% of the military will be comprised of women.

Meet the two men who joined the American Legion Auxiliary as the organization’s first male ALA members: 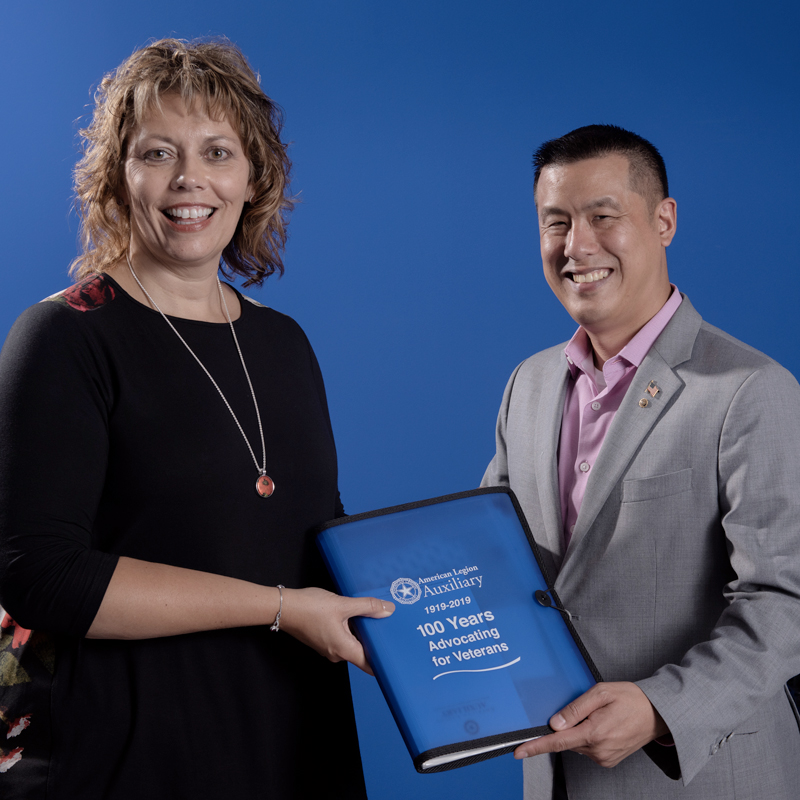 ALA: Why did you join the American Legion Auxiliary?

Mr. Nuntavong: There is no larger, patriotic organization for military spouses than the American Legion Auxiliary. I’m proud of my wife’s active-duty service in the U.S. Marine Corps. I can think of no better way to recognize her military service than to join a membership-based organization [for] spouses of servicemembers and honorably discharged veterans.

As one of the first members of the Auxiliary, I hope to dispel any negative stereotypes about being a male military spouse. I look forward to volunteering in my local community, getting involved in the Poppy Program, and supporting ALA scholarships.

ALA: What do you think this change in eligibility means for the ALA and its century-long mission of serving veterans, the military, and their families?

Mr. Nuntavong: I believe that male spouses of servicemembers, and veterans, are under-recognized for their day-to-day contributions and sacrifices to their families. Husbands are strong individuals – some are stay-at-home dads, some are in the civilian workforce, and some serve alongside their spouse in uniform. Regardless of gender, spouses play a vital role in the military community.

Mr. Nuntavong: I am the first generation of my family to be born and raised in the United States. My parents immigrated here from Thailand, and met in San Francisco in the mid-1970s. I joined the U.S. Marine Corps after graduating high school, and retired as a gunnery sergeant after 22 years of service. My military occupational specialty was combat correspondent in the public affairs field. My first post-military job was the deputy director of media relations at The American Legion headquarters office in Washington, D.C. One year later, I was promoted to director of the National Veterans Affairs and Rehabilitation Division. My responsibilities include directing all matters involving veterans’ healthcare, claims and appeals, compensation and pension, debt management, discharge upgrades, military record corrections, and memorial benefits.

I met my wife, Jennifer, when we were both active-duty Marines stationed on recruiting duty in Long Island, N.Y. We have been married for 18 years and currently live in the Washington D.C. metropolitan area with our two teenage boys. 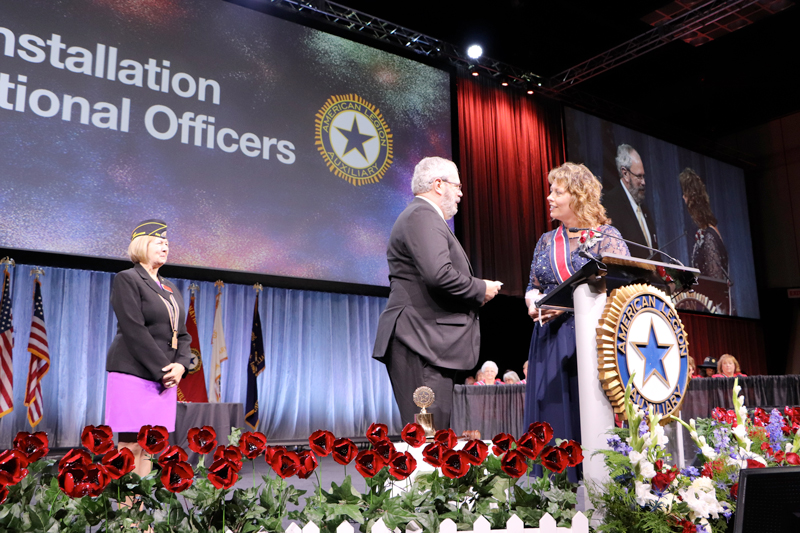 ALA: Why did you join the American Legion Auxiliary?

ALA: What do you think this change in eligibility means for the ALA and its century-long mission of serving veterans, the military, and their families?

Mr. Rohan: It is my hope that this change enhances your efforts for our veterans and grows membership. After all, it is about Service Not Self.

Mr. Rohan: I am a former chief warrant officer now in the retired reserve. I served as the education service officer among many assignments. I am married to the only national commander to be a member of both The American Legion and American Legion Auxiliary. We have one son, Nicholas; daughter-in-law, Angie; grandson, Sawyer; and granddaughter, Isla, who is a six-year Junior member of the ALA.

This new membership eligibility, along with the LEGION Act, has much promise for growth in the American Legion Auxiliary, leading to new resources, increased funding opportunities, and additional diversity and talent among our leadership, as well as general membership.