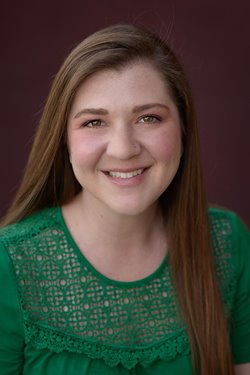 American Legion Auxiliary Department of California member Erica Henson closely examines a U.S. Marine Corps uniform, looking for any unique characteristics she can use from the various buttons, patches, and other parts. Finding the next perfect piece, she uses her sewing machine and adds to the pieces already stitched together.

She is creating a one-of-a-kind handbag out of a military uniform, part of the heirloom program through R.Riveter, a U.S.-based handbag company.

The bag will be auctioned off Tuesday, March 22, starting at 10 a.m. ET and ending at 9 p.m. ET, with 100% of the proceeds donated to the Auxiliary to continue serving veterans, military, and their families. The auction will be hosted on Instagram, so be sure to follow @rriveterbags and @ALAforVeterans.

Henson is familiar with the military uniform-turned-bag concept — she has a bag created from her husband’s uniform.

“It is really special to carry a piece of my husband on my arm,” she said, beaming with pride.

He’s in the Navy and she used the iconic white pinstripe as part of her bag.

The Marine uniform for the auction bag was donated by Valerie Harvey out of California. She saw a Facebook post by Henson on a page for Navy wives in San Diego requesting a uniform.

Harvey has had the uniform for 18 years.

“I found it at a Goodwill when I was in high school,” she recalled. “I was part of many high school shows and musicals and felt it could come in handy for a costume if we had the need for it. Unfortunately, it was never used as a costume, so I kept it for future use.”

After seeing the callout online, Harvey knew it was a sign.

Harvey is connected to the military through her husband who has been in the Navy for 12 years.

She said Henson made the process of donating the uniform easy. 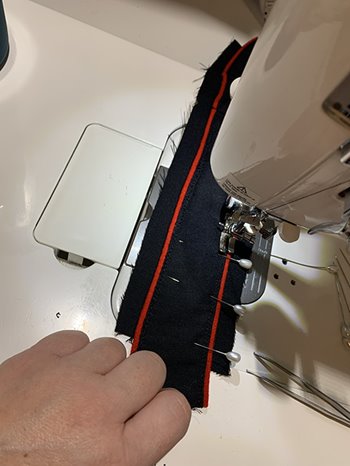 Other bags from R.Riveter are made from a template, but the heirloom bags are one-of-a-kind. Because of this, it can vary how long it may take to make a bag and can depend on how involved the uniform is. Henson works on bags for a few hours at a time, in between taking her daughter to school, running errands, etc.

“I take a day or two to look at the uniform, draw something out, come up with ideas, and make a plan,” she said of her process. “It’s a one-of-a-kind piece — I don’t want to mess it up.”

Looking over the dress blues, Henson eyes the next unique piece to add to the bag. She carefully unpicks it from the uniform and after a few adjustments, places it in the perfect spot on the handbag.

“It’s really just about doing whatever you want and using your design touch,” Henson said about choosing which parts of the uniform to use for the bag. “It’s trying to find that thing that makes that uniform even more special.”

R.Riveter is co-founded by Cameron Cruse and Lisa Bradley. It is based in North Carolina and employs military spouses who help make the handcrafted handbags the company sells — multiple military spouses can work on one bag. The work can be done remotely, helping military spouses find a job when they relocate frequently.

ALA member discount: R.Riveter has offered a special discount for ALA members. You can support the military spouses and families you love with every purchase on RRiveter.com. Get a special 20% discount by following this link.