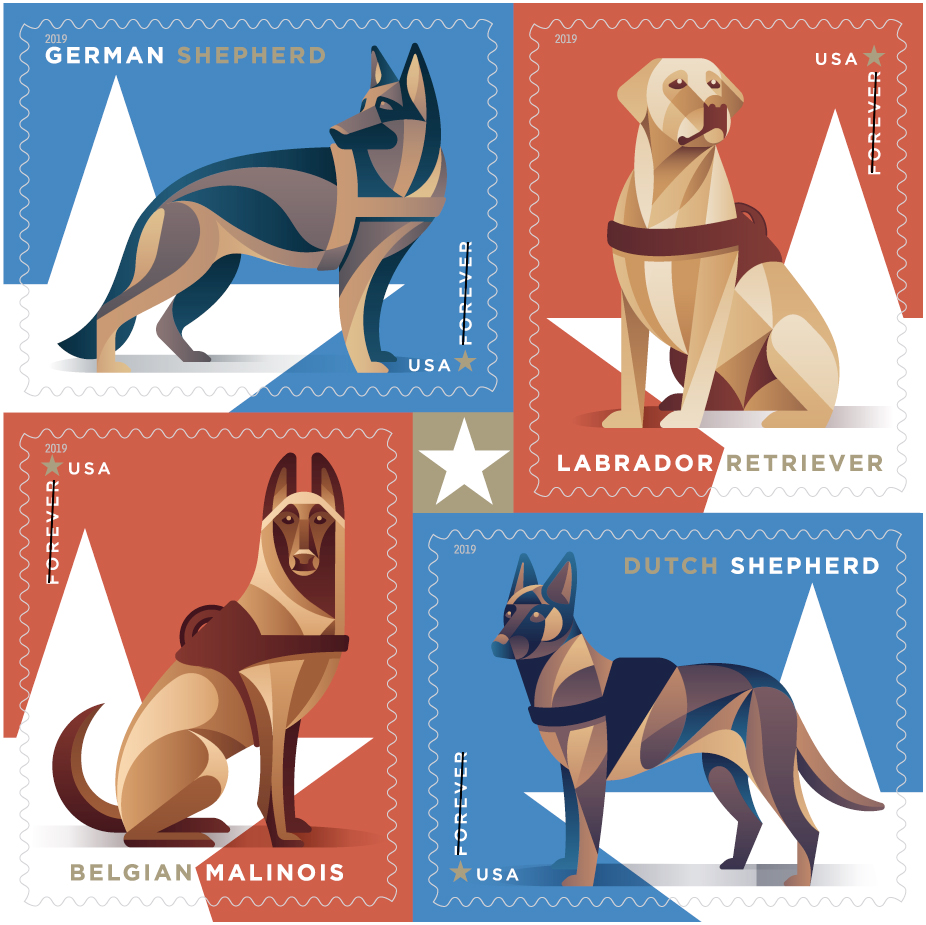 The U.S. Postal Service is honoring our brave military working dogs with a new booklet of 20 stamps. Each block of four stamps features a geometric illustration of the most commonly served dog breeds in America’s armed forces — German shepherd, Labrador retriever, Belgian Malinois, and Dutch shepherd.

Art director Greg Breeding designed the stamps and the art was created by DKNG Studios. The color scheme is red, white, blue, and gold to represent the American flag and the patriotism displayed by our loyal military working dogs.

Each stamp features details of a large white star in the center, the name of the canine breed, a geometric digital illustration of one of our four legged heroes, and the words “USA” and “forever”.

The Military Working Dogs stamps will go on sale nationwide on Aug. 1, 2019.

Military Dogs Who Serve our Country

When we think of those who make personal sacrifices on behalf of our country, we often envision men and women dressed in the distinctive uniforms of the Air Force, Army, Coast Guard, Marine Corps, and Navy. Yet, on a daily basis, we also are protected by dogs who display their dedication by serving in war zones and helping their human counterparts.

Known as military working dogs (MWD), these canines have been joining the ranks of the U.S. military since World War I. In honor of MWDs, we gathered a list of five things you may not know about these furry heroes.